Why Dogs Spin In Circles?

Do you ever wonder why your dog runs around in circles before lying down? It’s not just to wear themselves out – there’s a reason behind this behavior. Read on to discover why dogs spin in circles and see if your pup does it too!

The science behind why dogs spin in circles

We all know that dogs love to spin in circles, but have you ever wondered why they do it? It turns out that there are a few reasons behind this behavior.

For one, spinning in circles is a way for dogs to stretch their muscles and loosen up before they start running. It’s also thought to be a way to release pent-up energy, especially if the dog has been cooped up for a while.

Another reason dogs might spin in circles is because they’re trying to communicate something to their human companions. For example, if a dog is spinning in circles and barking, it might be trying to tell you that it needs to go outside.

So next time you see your dog spinning in circles, don’t just write it off as a quirky behavior – there’s a lot of science behind it!

How to get your dog to stop spinning in circles

If your dog tends to spin in circles, you may be wondering how to get them to stop. While it may seem like a harmless quirk, it can be quite annoying – not to mention dangerous if your dog is spinning near stairs or other potential hazards.

There are a few possible reasons why your dog may be spinning. It could be a symptom of an underlying medical condition, such as dizziness or vestibular disease. Or, it could simply be a behavioral quirk your dog has picked up.

If you’re concerned about your dog’s spinning behavior, you should talk to your veterinarian. They will be able to rule out any potential medical causes and give you some advice on how to stop the behavior.

You can try a few things at home to stop your dog from spinning. One method is to startle them out of the behavior by making a loud noise (clapping your hands, for example). You can also try redirecting their attention with a toy or treat. If all else fails, there’s no shame in putting your dog on a leash – this will at least prevent them from spinning in circles and getting into any trouble!

Is it harmful if my dog spins in circles?

If your dog is spinning in circles, likely, they’re just trying to get comfortable. However, if they’re spinning excessively or it seems like they’re in pain, it could be a sign of a medical condition, and you should take them to the vet.

Other things dogs do that are similar to spinning in circles

Dogs also like to chase their tails and run in circles. This is because they are trying to release energy and build up muscle.

So, why do dogs spin in circles? While we may never know, there are a few possible explanations. Perhaps they’re trying to shake off something that’s bothering them, or maybe they’re just enjoying the feeling of being dizzy. Whatever the reason, it’s clear that spinning is a favorite pastime for many dogs. So the next time you see your pup spinning around in circles, don’t be alarmed — they’re just having a good time. 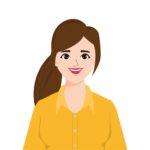 How to Low Maintenance Outdoor Potted Plants for winter

How to Low Maintenance Outdoor Potted Plants for winter